YouTube: http://www.youtube.com/user/eyeinvestigateyou?feature=mhw5
Posted by Dublo7 at 4:56 PM No comments:

What does the human trafficking of children look like in the United States?

Across the globe, traffickers buy and sell children, exploiting them for sex and forced labor, and moving them across international borders. Child victims are trafficked into the United States from Africa, Asia, Central and South America, and Eastern Europe. In the United States, children are subjected to human trafficking in many different sectors.
Examples include prostitution on the streets or in a private residence, club, hotel, spa, or massage parlor; online commercial sexual exploitation; exotic dancing/stripping; agricultural, factory, or meatpacking work; construction; domestic labor in a home; restaurant/bar work; illegal drug trade; door-to-door sales, street peddling, or begging; or hair, nail, and beauty salons.
Family members, acquaintances, pimps, employers, smugglers, and strangers traffic children. They often prey upon the children’s vulnerabilities – their hopes for an education, a job, or a better life in another country – and may use psychological intimidation or violence to control the children and gain financial benefits from their exploitation.
Trafficked children may show signs of shame or disorientation; be hungry and malnourished; experience traumatic bonding (Stockholm syndrome) and fear government officials, such as police and immigration officers.


YouTube: http://www.youtube.com/user/eyeinvestigateyou?feature=mhw5
Posted by Dublo7 at 9:04 PM No comments:

27 million people worldwide are slaves.
8.4 million of them are children with the largest numbers in India, Pakistan, Bangladesh, and Nepal.
1.8 million children are forced into prostitution or pornography with the largest numbers in India, Brazil, Thailand, and the Philippines.
The average age of a girl forced into sexual slavery is 13.
A girl in a brothel is forced to service up to 20 clients a day.
Children as young as 5 years old are sold into sexual slavery and forced to work in brothels.
Each year 1.2 million more children are forced into slavery. That’s over 3,000 a day.
Child slaves are forced to work in prostitution, agriculture, domestic servitude, mines, rice mills, brick kilns, factories, rock quarries, and as soldiers.
Child slaves are often forced to work up to 15 hours a day.
Posted by Dublo7 at 6:36 PM No comments:

A frantic search is underway for an infant reportedly abducted from her crib in a Kansas City, Mo., home late Monday night

Ten-month-old Lisa Irwin was last seen by her mother, who laid her down to sleep at 10:30 p.m. The child was discovered missing by her father at 4 a.m. when he returned home from work. The parents immediately called police.
An Amber Alert has been issued for the child and authorities are canvassing the suburban Kansas City neighborhood and nearby wooded areas.
"Hopefully the child's close and safe, but right now we're utilizing all available resources," said Officer Darin Snapp, a spokesman for the Kansas City Police Department.
The FBI is assisting in the investigation and authorities warned that the kidnapper may have already crossed state lines.
"It's very possible that this child could be in Kansas," said Snapp. "We're right on the state line."
As yet, police have no suspect description, no vehicle description and no eyewitnesses to the abduction.
"It's very frustrating," Snapp said. "We're hoping somebody comes forward and gives us the right information."
Police said the kidnapper may have gained entry to the home through a window in the child's room, which showed signs of tampering. "Somebody could have entered through the window and abducted the child that way," Snapp said. "We don't know for sure yet."
Police urged anyone with information about the girl's whereabouts to immediately call the TIPS hotline at 816-474-8477.
Lisa has blue eyes and blond hair, is 30 inches tall and weighs 26 to 30 pounds. She was last seen wearing purple shorts and a purple shirt with white kittens on it, police said. The child has two bottom teeth and a beauty mark on her right outer thigh. Her parents said she also has a cold with a cough.
An officer at the scene told KMBC-TV that the child's disappearance was especially concerning given the fact that the abduction was reported by both parents.
"I realize that some of these Amber Alerts involve parents or parental abductions, but we have both the parents here. So that puts us on a little higher state of alert," police Sgt. Stacey Graves said.

Children Not For Sale

Teens Against Human Trafficking was formed in September 27th, 2010 with the goal of educating teenagers everywhere about preventative measures to keep themselves and their peers safe. Human trafficking is a very real danger that far too many young people in the United States and around the world fall victim to every single day.
Starting at a single high school in Northern California, TAHT has made great strides in enlightening the public about this crime and what can be done to put an end to it. In March of 2011 TAHT was granted non-profit organization status. This will allow TAHT’s reach to go even further.
Headed up by the private investigator, Monique Lessan, TAHT looks to have a bright future fighting against this very serious crime. You can read a recent interview with Monique here: http://www.indevpeoplesearch.com/blog/monique-lessan-pi/

A great site: Teens on Trafficking

"Human trafficking is the practice of people being tricked, lured, coerced or otherwise removed from their home or country, and then compelled to work with no or low payment or on terms which are highly exploitive." Or so Wikipedia describes it. But human trafficking is basically the modern day slavery. The three main issues of human trafficking are: slave labor, sexual exploitation, and prostitution. Approximately 800,000 people are trafficked across international borders every year, but no one can really put a number on how many people that have been affected by this heinous crime because it is an extremely covert, and underground issue. It is the second largest crime in the world only behind drug trafficking, but it is growing at dangerously rampant rates and will soon pass drug trafficking. When people are trafficked, they are forced to work and/or sell their bodies while also enduring mental, physical, and sexual abuse with hardly any food or pay.
The average age of entry of which girls enter prostitution is 13, and this number is still decreasing at an alarming rate. How someone can compel themself to torture and rape an innocent child is beyond me. But these heartless creatures must be STOPPED.
Posted by Dublo7 at 8:35 PM No comments: 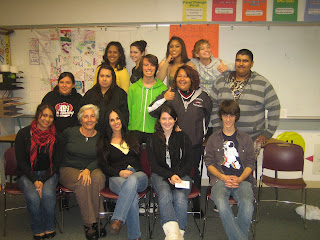 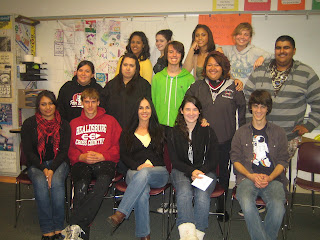 YouTube:
http://www.youtube.com/user/eyeinvestigateyou?feature=mhw5
Posted by Dublo7 at 11:45 PM No comments: